Paul is the founder of Vanedge Capital and is focused on investments in SaaS businesses that target underserved markets and digital media technologies.

Paul is the former President of Electronic Arts and has been a successful angel investor for over 25 years. Paul serves on the Premier’s Technology Council, the UBC Sauder School Faculty Advisory Board and the Vancouver Public Library Foundation’s Campaign Cabinet.

He is also Chair at D-Wave Systems. Paul has received many awards including Business in Vancouver’s “Forty Under 40”, British Columbia Technology Industries Association Person of the Year, and an Honourary Master’s degree from the Centre for Digital Media.

Paul is a Chartered Financial Analyst (CFA), and holds a B.Comm with honours from the Sauder School of Business at the University of British Columbia. Moe focuses on investments in the areas of cloud computing, machine intelligence, analytics, and cybersecurity. Prior to joining Vanedge, Moe was a Vice President of NetApp Inc. (NTAP:NASDAQ), a leading provider of enterprise data storage solutions. Before that, Moe was President and CEO of Bycast Inc., the world leader in storage virtualization software for large-scale digital archives and storage clouds. During his tenure at Bycast, Moe led the company from a seed stage startup to a profitable market leader with a global customer base. Bycast was successfully acquired by NetApp in the spring of 2010. Moe is a member of the Board of Directors of the Toronto Stock Exchange (TMX).

Moe has extensive experience in working with entrepreneurial companies and taking leading-edge technology products to market. He currently serves on the Boards of Directors of HEAVY.AI (previously OmniSci), Illusense, xCures, Rigado, Plotly, and Echodyne. He has also served on the boards of Wurldtech Security Technologies (acquired by GE), Metafor (acquired by Splunk), MediaCore (acquired by Workday), Bitfusion (acquired by VMware), Xtract, and Boundless Spatial (acquired by Planet Labs), and Quantum Benchmark (acquired by Keysight).

In recognition of his work, Moe was awarded the BC Technology Association’s Person of the Year for 2011. He is also a recipient of Business in Vancouver “Forty Under 40” award. Moe holds a M.Sc. and Ph.D. in Physics from the University of British Columbia and holds several U.S. Patents for his past technical work. Amy is focused on investing in SaaS businesses and applied analytics technologies. Prior to joining Vanedge, Amy was the Vice President & General Manager of Mobile and Social Commerce with Ziplocal (USA) where she was responsible for product. Prior to that, she held the position of Director of Business Development at Canpages after they acquired ZipLocal Canada. In this capacity at both companies, she leveraged her deal-making and relationship building skills to attract and broker new partnerships to enhance their online local search businesses.

Amy’s previous venture capital experience was as an associate with JLA Venture Partners where she provided due diligence and investment candidate screening. Prior to joining JLA, she was an Analyst with Latitude Partners, a merchant bank firm focused on the technology sector.

Amy’s career has been entirely focused on entrepreneurship and venture capital. Amy is actively involved in promoting entrepreneurship and supporting the Canadian startup community. She is a Board member of the Vancouver Enterprise Forum. Amy holds a B.Comm. with a finance specialization from Dalhousie University. 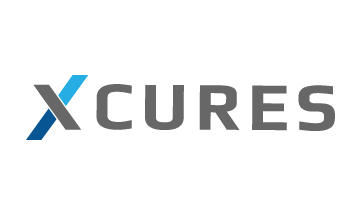 Darren Thomson focuses on a range of technologies, including HardTech, Machine Intelligence, and high-performance computing. Before joining Vanedge, Darren spent over a decade in a technical R&D role at MDA, where he developed a variety of innovative solutions to challenging problems in space systems, image analytics, and high-performance data processing. He has a B.A.Sc. in Engineering Physics and a B.A. in History from the University of British Columbia.

Sarah joined Vanedge in February 2022 as Principal of Finance. She is responsible for all back-office operations, including finance, tax, fund accounting, administration, and reporting.

Before joining Vanedge, Sarah was the CFO of a family office where she was responsible for the finance function of a group of corporations that held diverse assets in Europe, Asia, and North America. In this role, Sarah oversaw the group’s investment portfolio, cash management, tax compliance, and all financial rereporting.

Prior to that, Sarah was in public practice with KPMG.  Sarah is a CPA, CA, and holds a Master of Management and Professional Accounting degree from the University of Toronto.

Violet is responsible for making things run at Vanedge and is instrumental in the daily operations of the firm. Before joining Vanedge at its inception, Violet worked with Paul at Electronic Arts. Prior to that she ran the Constituency Office for the Prime Minister of Canada. Violet has held Executive Assistant positions for the President of Canada Malting and for the VP of StemCell Technologies. Violet holds a Bachelor of Arts and a Teacher’s Certificate from the University of British Columbia.

As the fund’s resident machine learning expert, Mike provides our portfolio companies with expertise in machine learning architecture and techniques. Additionally, he assists in vetting the technology of potential investments. Mike is also a Faculty Member in the Department of Computing Science at the University of British Columbia where he leads their Masters in Data Science program. He has deep domain expertise in various aspects of machine learning technologies with a specialty in hyper parameter optimization, a key element of nearly all machine intelligence approaches. Mike has Ph.D. in Machine Learning from Harvard and a B.Sc. in Physics from Princeton University

Glenn provides strategic advice to Vanedge on technology trends in the digital media sector. Glenn is a senior technology executive and entrepreneur who has held senior leadership positions at Pacific Data Images (“PDI”), DreamWorks Animation at Electronic Arts. Glenn is also a member of the Board of Governors of Emily Carr University and serves on the Advisory Board for the Great Northern Way Masters of Digital Media Program. Micah is the Managing Director of C2C Ventures, a venture capital firm he co-founded in Palo Alto, California in 1999 that focuses on financing seed-stage technology companies out of universities. As a Venture Partner at Vanedge Capital, Micah leads investments in computational biology, machine learning, scientific instruments and other hard technology platforms that generate complex intellectual property. Previously, Micah was a faculty member at Stanford University for nine years, where he was a Consulting Professor in the School of Engineering. He graduated from Yale University (Phi Beta Kappa, Magna Cum Laude) and received a Ph.D. in Engineering and Applied Science from the California Institute of Technology.